The winners of the fourth Merton College Undergraduate Essay Prize have been announced, and this year the judges have chosen to commend a further three entries in addition to the three prizewinners.

Winner of this year's first-year prize is History student Rachel Herring, whose essay was entitled “How revolutionary were the principles and tactics of Gregorian Reform?”. Rachel explained how she came to write the essay:

"The Gregorian Reform (1073-1085) was undoubtedly my favourite topic of the global history module ‘Medieval Christendom 1000-1300’, which I studied in Michaelmas term. Having never encountered medieval history before, I found the topic challenging in many respects, but soon discovered an interest in its religious context, and the complex interaction of spiritual and secular authority.

"The 11th and 12th centuries were shaped by legal and theological developments in Christian ideology. Gregory VII’s ‘Dictates of the Pope’ explicitly advocated papal supremacy, which challenged the Carolingian acceptance that royal and imperial power was to be revered even by spiritual leaders. Gregory’s pontificate is most notoriously associated with the Investiture Contest, during which the Holy Roman Emperor, Henry IV of Germany, was excommunicated due to his refusal to submit to papal primacy. Meanwhile, Gregory’s concept of the laity as the ‘soldiers of Christ’, obliged to fight for the Church in return for remission of sins, set a precedent which culminated in the development of crusade ideology by the end of the century."

"Many thanks to the Junior Research Fellows for reading all our essays, and to college for encouraging us to celebrate some of our academic highlights this year!"

There are two winners of the second-year and above prize, Jack Allsop and Josh Travers, who are both third-year History students. Jack's essay explored the significance of the caliphate of Abd al-Malik in the creation of the Islamic state, whilst Josh's considered the question of how successfully Tudor regimes coped with the problems of governing Ireland.

Jack wrote his essay for a tutorial on Islamic statecraft in the century after the so-called ‘Arab’ conquests. He commented:

"This was a stimulating topic, drawing together many different themes and historical methods. Evaluating Umayyad statecraft requires a solid understanding of papyrological, material, and literary evidence, and putting these different types of data in dialogue with one another was a thoroughly enjoyable challenge.

"Moreover, thinking about Abd al Malik’s reign required me to compare different geographical spaces – Egypt, Iraq, the Arabian Peninsula, and elsewhere – which was a useful exercise in analysing political, economic, and social change in a phenomenological way. As someone who is interested in Islamic history, writing this essay helped mould the foundations of my intellectual journey over the course of my degree.

He expressed his excitement at discovering that he was the joint winner of the 2019 2nd year and above essay prize, saying:

"Having just completed my final exams, I hope to go on to further academic study, and gaining this award will help with future post-graduate applications. I would like to thank the Junior Research Fellows for presiding over this competition. I have always enjoyed a challenge, especially one which encourage me to think critically and imaginatively about the past."

Josh's essay was his final British History essay of term, and his first foray into Tudor Ireland. He explained his approach:

"The question, ‘How successfully did Tudor regimes cope with the problems of governing Ireland?’, was worded straightforwardly enough, but this belies the complex nature of the issues that proved difficult to get to grips with. That said, I managed to make sense of these issues by assessing the activity of the Tudor regimes in Ireland in light of the particular challenges that they faced. There were four principal obstacles to Tudor rule in Ireland: the lack of support from the Irish aristocracy, the lack of competence within the Dublin administration, the financial constraints the Tudor regimes, and the lack of an Irish Protestant Church. The Tudor regimes had little success in coping with most of these challenges, such that their relatively modest achievement of paving the way for an Irish Protestant Church stands out. Moreover, the action, or inaction, of the Tudor regimes themselves exacerbated their own problems, highlighting the inherent disadvantage of governing Ireland in a distinctly English way."

"I am delighted to have been awarded this prize, and I am extremely grateful to the Junior Research Fellows for their recognition of my work. It is a great feeling to receive recognition outside of normal tutorial feedback."

The three students whose essays were commended by the judges are, in the first-year category, Louis Morford (Music) and Alexandra Beukers (English), and in the second year and above category, Sunny Chen (PPE).

The Undergraduate Essay Prize competition was open to all current Humanities and Social Science undergraduates, with a single prize of £150 for the winning essay. The essay had to be one which had already been submitted for a tutorial, and could be no more than 3,000 words in length.

The entries were judged by Merton’s Junior Research Fellows in Humanities and Social Sciences, who considered: 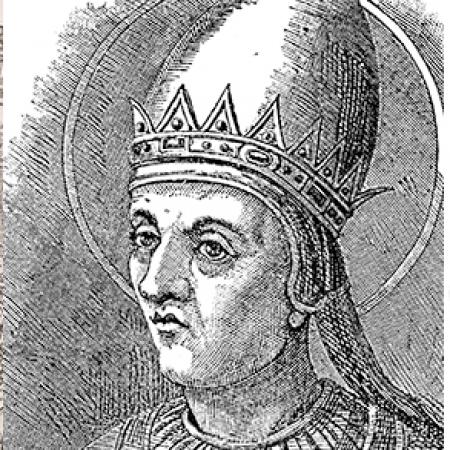