Dr Clara Barker is a thin-film material scientist who manages the Oxford Centre for Applied Superconductivity, in the materials department at the University of Oxford. Clara Barker is also the chair of the LGBT+ advisory group to Oxford University and in 2018 she won the first diversity role model award from the University. She runs a youth group for LGBTI+ young people and gives many talks in schools and within the University on LGBTI+ inclusion. She is a Stonewall school role model, and presented a talk at a TEDx London event in 2018. She is involved in many projects aimed at improving equity in STEMM subjects by supporting people of diverse backgrounds and is an incoming member of the Royal Societies inclusion committee. For her volunteer work she won a Points of Light Award from the UK Prime Minister in 2017.

Freddy McConnell is a writer, journalist and podcaster. He is the subject and co-creator of the documentary feature film Seahorse: The Dad Who Gave Birth, about his journey to fatherhood as a transgender man. He is currently working on his forthcoming picture book and also a podcast in production with the BBC. Freddy was a Guardian multimedia journalist in London and Sydney for six years. He studied Arabic at the University of Edinburgh and has lived and worked in the Middle East and Afghanistan. 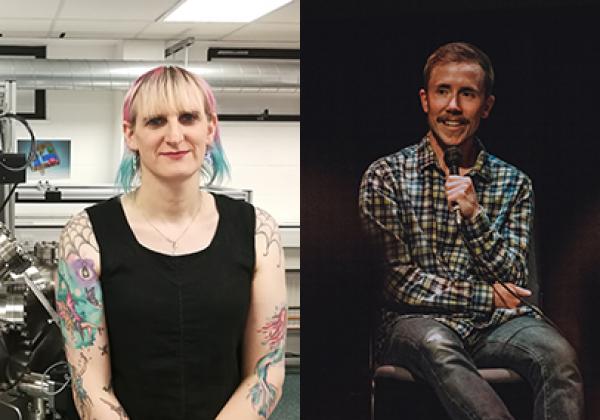