Diversifying the Portrait: image and identity

The portrait holds a particular place in our culture. The founding of the National Portrait Gallery in the middle of the 19th century aimed to establish ‘a gallery of original portraits … consist[ing] as far as possible of those persons who are honourably commemorated in British history as warriors or as statesmen, or in arts, in literature or in science’ (Lord Stanhope’s statement to the House of Lords, 1856). In this context a portrait is a plaudit, awarded to the already distinguished; the artist who creates the likeness is of secondary importance to the subject. But just as our contemporary approach to the writing of history no longer confines itself to ‘warriors and statesmen’, so too our understanding of what a portrait can be, and the values it can serve, has altered.

John Berger’s Ways of Seeing (1972) established the notion of looking’s relation to power, exploring how Western painting traditionally has in mind a male spectator whose ‘colonizing gaze’ joins the artist’s as the axis of power within the work. Can this notion of ‘ocular power’ be subverted in portraiture by contemporary artists, in order to disrupt the status quo, depicting people and lives who may be absent from traditional histories? Indeed, does this established power dynamic even survive in our current digitised networks and drive to image the self?

In the wake of the important work of the 2016 -2017 Diversification of Portraiture at Oxford project to commission new portraits for the University, this event asked three established contemporary artists with a commitment to diversity, Dr Felicity Allen, Othello De’Souza-Hartley and Åsa Johannesson, how they approach portraiture. The event was devised by Professor Rebecca Fortnum (former Visiting Research Fellow in Creative Arts at Merton & Professor of Fine Art, Royal College of Art), Ellen Sharman (JCR Arts rep) and Diego Berdeja Suárez (MCR Arts Rep) for Merton Arts Week.

The speakers’ presentations were followed by a discussion chaired by Rebecca Fortnum.

Dr Felicity Allen works with painting, writing and film. Her current work on the Disoeuvre is exhibited in Dark Energy in Vienna, and as an artists’ book from Ma Bibliothèque. A former Head of Education at Tate, and a Getty guest scholar, Felicity has 40 years experience in the studio, the social and the institutional. Her series of Dialogic Portraits includes watercolours on paper as well as video and audio recordings with her sitters, producing paintings, artists books and films. She is currently working with Refugee Tales and the cross-disciplinary research project People Like You.

Othello De'Souza-Hartley is the recipient of numerous commissions from a range of institutions including, National Portrait Gallery, The Photographers’ Gallery and Platform for Art. He has had solo shows at Campo XXV Aprile (Rome Art Week), Outside the Zone Gallery, Sulger-Buell Gallery, The Museum of Liverpool, Camden Arts Centre and The Underground Gallery, De'Souza-Hartley was awarded an MA in Fine Art from Camberwell College of Art and previously studied photography at Central St Martins. His ‘Masculinity’ portrait project questions perceptions of masculinity and asks if masculinity is a performance.

Åsa Johannesson is a London-based fine artist working with photography. Her work examines the relationship between photography and the notions difference and queer, predominantly through the lens of nonconforming gender. Åsa is interested in the way in which the photographic portrait can be explored and presented for us to think identities beyond representation and other pre-established narratives. Åsa is a Lecturer in Photography at the University of Brighton and is currently completing a PhD at the Royal College of Art, titled The Queering of Photography: A Material-ontological Encounter. 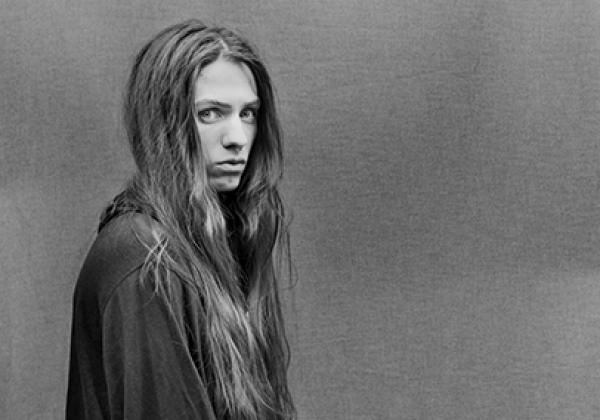