The academic year 2020-21 will be a special year at Merton. The 40th anniversary of the admission of women will be marked with a series of events and initiatives, even though the uncertainties of planning during a pandemic may call for flexibility and ingenuity. Throughout the year there will be opportunities for celebration, recognition, and plans for the future. Women from the wider college community will be featured in a series of profiles on the website and on social media. An exhibition will highlight the involvement of women in the College during its long history. The College is working towards diversifying the portraiture in the common spaces. There will be music composed and performed by women. The meetings of Merton research groups will focus on work by and about women, culminating in a study day in May 2021. The JCR and MCR are also planning themed events. In the gardens, the inventive Head Gardener and her team will be creating a planting project linked to the anniversary.

This year is not just about the past and the present. Looking forward, the College will be launching a programme to link students with alumni mentors, as well as establishing a graduate scholarship for women in STEM subjects. And plans are being made to open a nursery that will benefit the young families of the entire Merton community in years to come. If some of the anniversary events have to move online, that will make it possible for more Mertonians from across the globe to participate and enjoy them. Look for the ’40 years’ Merton anniversary logo! 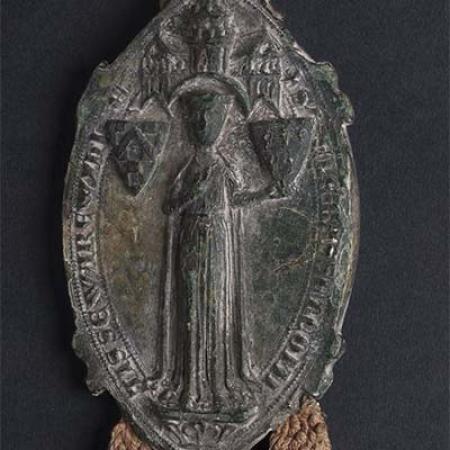 Women and Merton before Women at Merton

As we prepare to celebrate the 40th anniversary of the admission of women students at Merton, it is easy to imagine the College as an entirely male environment before that time. Yet women had been involved with Merton in varied ways throughout the College’s history. The founder, Walter de Merton, might have expected no different. He had seven sisters and in part the College was founded to educate their sons. One sister, Christina, received a pension from the College estates after Walter’s death. Another, Edith, held part of Walter’s manor of Kibworth Harcourt in Leicestershire before it passed to the College and eventually starred in Michael Wood’s TV series Story of England.

Women also donated to the College. One stands out: Ela Longespée, Countess of Warwick. She was already a benefactor together with her second husband, a political ally of Walter’s, when she retired to Godstow Abbey. From there she took a close interest in the College. She wrote heartfelt letters to the Warden in French – rather than the Latin used by the scholars – and endowed an annual drink for the Fellows, while the College sent her gifts and tipped her servants as they set up her room in the nunnery. Her greatest successor was Julia de Lacy Mann, the College’s first woman Honorary Fellow. She was an economic historian and long-serving Principal of St Hilda’s who gave generously to Merton out of her inheritance from her uncle, Thomas Bowman, who had been Warden here. 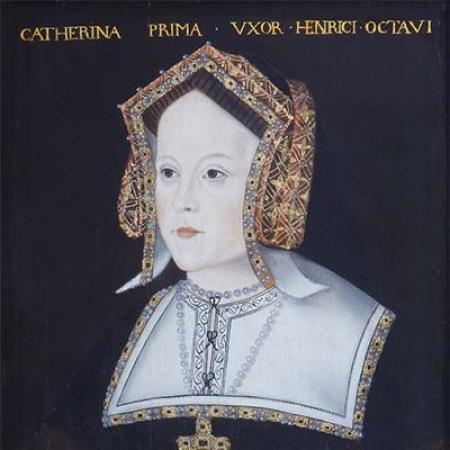 Queens featured among the College’s notable guests. Catherine of Aragon came in 1518 to an ecstatic greeting from the then Warden, who compared her to both Juno and Minerva; Elizabeth I dined in Hall in 1592. Catherine of Braganza stayed for several months in 1665 as London seethed with plague. The serenity of the refuge was perhaps lessened by the birth at Merton of one of the king’s several illegitimate sons by Catherine’s lady-in-waiting, Barbara, Countess of Castlemaine. Henrietta Maria resided longest. For ten months in 1643-4, while Oxford was the civil war capital of her husband Charles I, she occupied the Warden’s lodgings at the junction of Front Quad and Fellows’ Quad. Widows of royalist captains – Lady Cobham and the Countess of Northampton – served her and her Catholic entourage held baroque services in the Chapel. Not quite a queen but the sister of an emperor, Ekaterina Pavlovna, Duchess of Oldenburg, stayed with Tsar Alexander I on his visit in 1814. 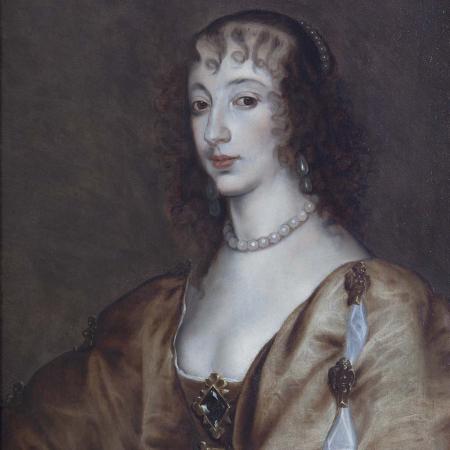 Less famous women were more regular visitors. Already in the founder’s time there were laundresses doing the College’s washing and by the 18th century there were bedmakers like Sarah Bedding, who was granted £1 because she had grown aged and ill. She had many successors, some working on staircases and others in the kitchens, but a more unusual expedient was the billeting in St Alban’s Quad of nurses working in the hospital set up in the Examination Schools during the First World War. They horrified the natives by playing tennis in Fellows’ Quad.

Whereas Fellows were not allowed to wed until 1871, Wardens were. The Warden’s wife was thus a convenient scapegoat for controversial behaviour. Lady Clayton apparently insisted that the College replace all the furniture in the Warden’s Lodgings and build a new summerhouse in the garden; Mrs Lydall allegedly required a coach to transport her daughters. By the 1960s and 1970s, in contrast, Margaret Harrison and Eva Richards played a positive role in welcoming students and Fellows to the College. Many tutors’ wives did the same. Eva Richards summed up their intention in an open letter to Mertonians in the 1971 Postmaster: “to make the acquaintance of as many members of the College as possible”. 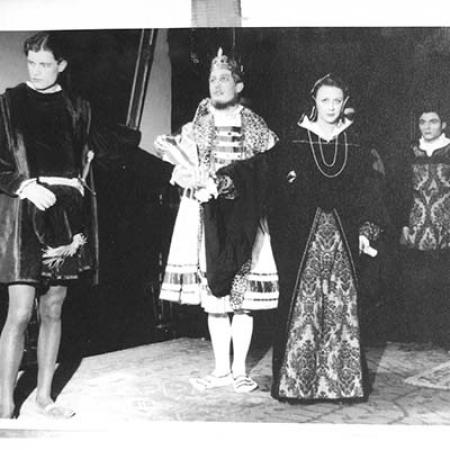 The 20th century brought more substantial change. Merton students were taught by women both outside the College and within, as women were appointed College lecturers from the 1960s. More women joined the staff, in secretarial, administrative, librarianship and medical roles. From 1958 the Kodály Choir rapidly became, as one early reviewer called it, “the best mixed voice choir in Oxford’ and featured, as was reported in the arch tones of the 1960s, ‘vast hordes of mellifluous-voiced young ladies”. In 1959 its singers were the first women to dine in Hall in term-time. Merton drama productions drew in first professional actresses such as Hermione Gingold and then women from other colleges. Already in 1957 it was noted that the auditions for Merton Floats’ Cuppers play ‘seem to have involved half of St Hilda’s’. As the proportion of women in Oxford’s overall student body increased, so more and more entered Merton for tutorials, for student society activities and as individual guests. The stage was being set for 1980.