I am a historian of gender and sexuality in 19th- and 20th-century Britain, with interests in the gender order, education, elites and elite institutions, queer identities and communities, and intellectual history. I received my PhD in History from Columbia University in 2020. More information about my research, teaching, and writing is available on my personal website.

I am currently working on two research projects. The first, a book based on my PhD thesis, examines how the admission of women to British universities transformed the higher education sector in the late 19th and early 20th centuries, with consequences for how we understand the gender order of modern Britain more broadly. Grounded in extensive research in the archives of ten colleges and universities across England and Scotland, it shows that what I call 'gender difference' and 'gender segregation' undergirded conceptions of what university was for before, during, and long after the period in the late 19th century that saw women admitted to degrees at almost all British universities. Through detailed accounts of individual lives and institutions, I argue that women and men students, academics, administrators, politicians, donors, and media commentators all participated in actively reproducing and re-establishing conceptions of gender difference and gender segregation within formally coeducational universities—in the process offering a greater understanding of the foundational role that gender difference has played in structuring modern British politics and society.

My second project is an intellectual history of male homosexuality in England, c. 1850–1967. It traces a distinctively elite English thread of theorizing about male homosexual identity through the manuscript writing of teachers, scholars, and writers such as William Johnson Cory, John Addington Symonds, EP Warren, GL Dickinson, and EM Forster. In particular, I examine the roles that elite educational institutions, the Greek and Latin classics, and antidemocratic political thought played in the emergence of conceptions of male homosexual identity and community in England. In tracing the social and institutional contexts in which my thinkers operated and the reception of their ideas, I suggest that they have had lasting effects on how male homosexuality has been conceptualized in England, even after the decriminalization of sex between men and the advent of gay liberation politics.

I currently teach the 'Approaches to History' paper for History Prelims and the 'Bodies of Feeling' and 'Masculinity and Its Discontents' theme papers for FHS. I also teach on the MSt/MPhil in Women's, Gender and Queer History, and offer a master's option paper called 'Approaches to Queer and Trans Histories'. In the US, I taught widely in modern British and European history and in intellectual history/history of political thought.

'Impossible Love and Victorian Values: J.A. Symonds and the Intellectual History of Homosexuality', Journal of the History of Ideas 75, no. 4 (Oct 2014), 605–27 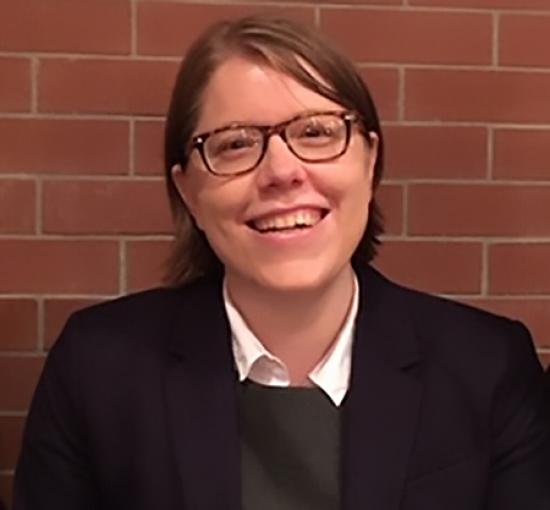